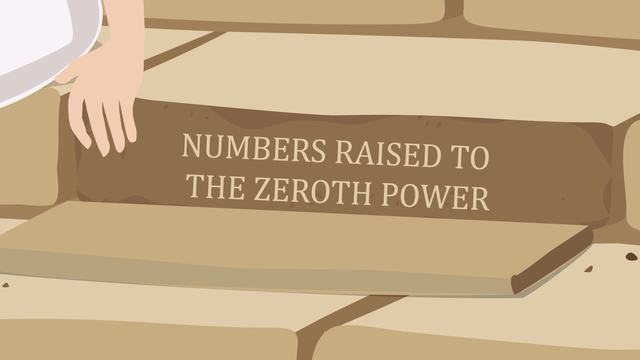 After this lesson you will be able to prove that a non-zero number raised to the zeroth power is equal to one.

Learn that a number raised to the zeroth power is equal to one by helping Vonn continue his studies in becoming a great philosopher!

This video includes key concepts, notation, and vocabulary such as: quotient of powers law (when dividing two powers with the same base, subtract the exponents); powers or power law (multiply the inner and outer exponents together); powers of products law (expand an expression by rewriting each terms with the outer exponent); and zeroth power law (any non-zero number raised to the zeroth power equals one).

Before watching this video, you should already be familiar with non-zero exponents.

After watching this video, you will be prepared to learn how to apply the laws of exponents to expressions with fractional and negative exponents.