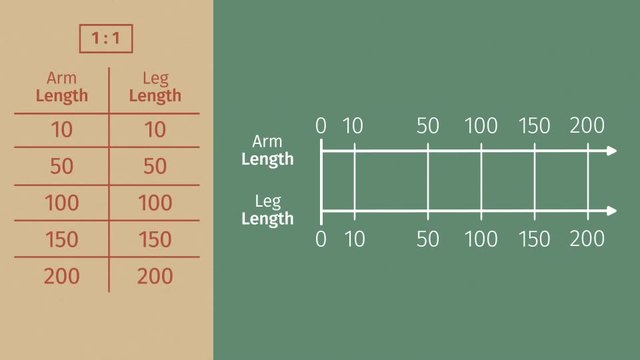 Basics on the topic From Ratio Tables to Double Number Lines

After this lesson, you will be able to transform ratio tables into double number line diagrams.

Before watching this video, you should already be familiar with ratio table and equivalent ratios.

After watching this video, you will be prepared to learn how to solve real-world and mathematical problems involving equivalent ratios, unit rate, percent, and measurement conversion.

Common Core Standard(s) in focus: 6.RP.A.3 A video intended for math students in the 6th grade Recommended for students who are 11 - 12 years old

More videos for the topic Collections of Equivalent Ratios