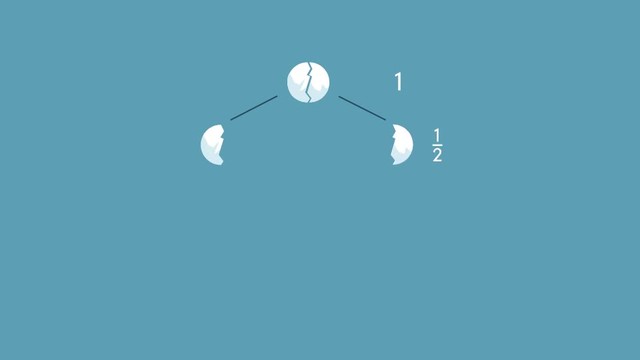 Description The Definition of Negative Exponents

After this lesson you will be able to understand negative exponents.

The lesson begins with looking at the pattern of splitting the number 1 in half three times. It leads to using the quotient of powers law to see that negative exponents represent repeated division. It concludes with applying the law of exponents and definition of negative exponents to simplify expressions.

Learn about the definition of negative exponents by helping the penguins figure out why the iceberg keeps breaking in half!

This video includes key concepts, notation, and vocabulary such as: reciprocal (the reciprocal of a number is 1 divided by the number); quotient of powers law (when dividing numbers with the same base, subtract the exponents); and definition of negative exponents (x raised to a negative power equals one over x to a positive power).

Before watching this video, you should already be familiar with the law of exponents.

After watching this video, you will be prepared to apply the laws of exponents to expressions with fractional exponents.

Transcript The Definition of Negative Exponents