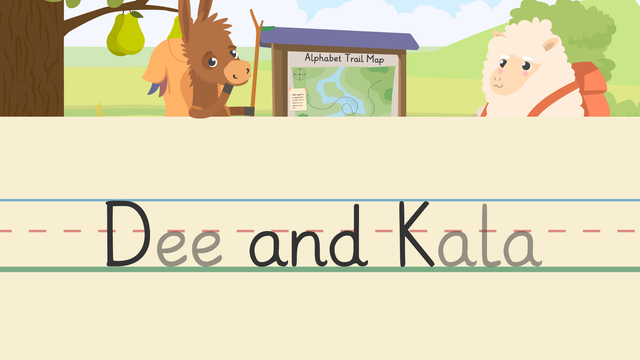 Basics on the topic Uppercase Letters

In This Video Explaining the Meaning of Uppercase Letters

Dee and Kala are reading the Alphabet Trail Map to figure out which path to hike today, when they notice something: why are some of the letters big and some of them small? In this video on uppercase letters, Dee and Kala learn all about uppercase, or capital, letters!.

What Is an Uppercase Letter?

An uppercase letter is a letter that is written in its bigger form. All the letters in the alphabet have two sizes: big and little. Sometimes we call the big size capital letters, but it means the same thing as uppercase. Uppercase, or capital, letters reach from to the top, blue line, all the way to the bottom green line on a piece of paper.

Sometimes uppercase letters look the same as the little ones, just bigger.

Other times, uppercase letters look bigger and different than their smaller partners.

For example if we do uppercase letter tracing, the uppercase B has two bellies. But after tracing the little b, we know it only has one.

Would you like to apply the knowledge you’ve learned? You can review and practice it with the tasks for the video Uppercase Letters.
More videos for the topic Words, Syllables and Sounds