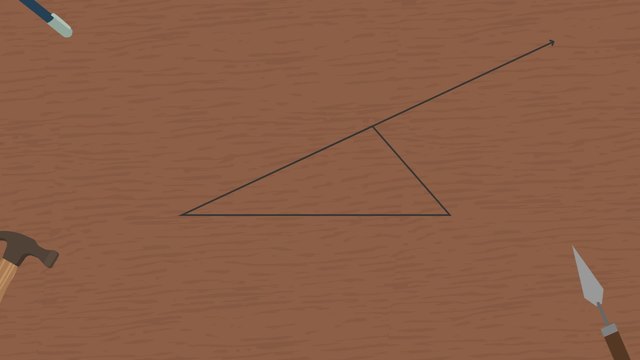 Basics on the topic Interior and Exterior Angles of a Triangle

After this lesson you will be able to identify the types of angles on a triangle, and use their properties to find missing angle measurements.

The lesson begins by identifying the different types of angles on a triangle. It then uses the definition of supplementary angles to find the relationships between these angle types. It concludes with an application of the Angle Sum Theorem.

Learn about the angles of a triangle by helping Moira create a mosaic to beautify her city!

Before watching this video, you should already be familiar with triangles and supplementary angles.

After watching this video, you will be prepared to solve more advanced missing angle problems involving other geometric shapes, lines, and transversals.

Common Core Standard(s) in focus: 8.G.A.5 A video intended for math students in the 8th grades Recommended for students who are 13-14 years old

Transcript Interior and Exterior Angles of a Triangle

More videos for the topic Triangles

Side and Angle Conditions for a Triangle

Determining a Unique Triangle Given Two Sides and a Non-included Angle.