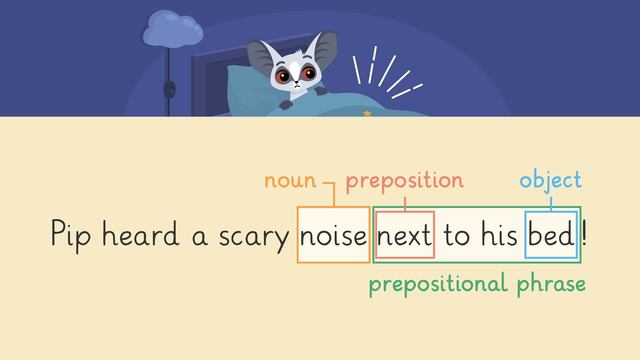 In This Identifying Prepositional Phrases Video

What is a Prepositional Phrase?

What is a Prepositional Phrase Example?

This prepositional phrase, ‘next to his bed’, modifies the noun, noise, and tells us where the noise came from.

This prepositional phrase, ‘under the blanket’, modifies the verb, hid, and tells us where he hid.