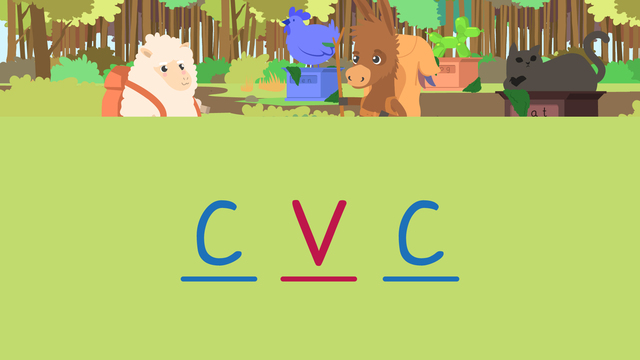 Basics on the topic CVC Sounds: The Initial Consonant

In this Video on the Beginning Sound of CVC Words

Dee and Kala are visiting a sculpture garden. When they try to read about the artwork, they notice that the first letter of each CVC word is missing! However, they are not sure how to help fix this. Join Dee and Kala as they learn about CVC beginning sounds and write the beginning sound for each cvc word.

What Is a CVC Word?

How Do You Isolate and Identify the Initial Consonant?

Let's practice with a CVC word where the first letter is missing: _ e n. To figure out the initial consonant, look at the picture and say the word aloud: hen.

Next, touch and say the first sound you hear: /h/.

Then, name the letter that makes that sound. What letter says /h/? H says /h/!

To figure out the first letter of a CVC word: