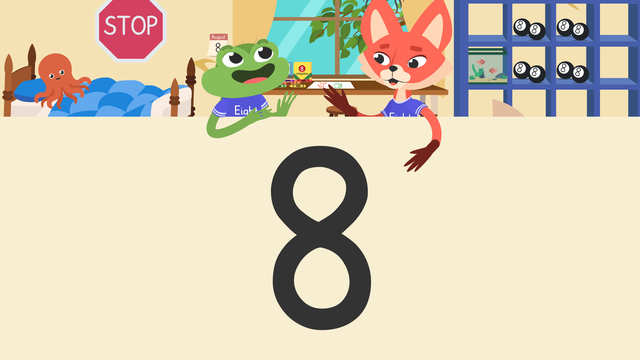 Basics on the topic The Number 8

In this Video on the number 8

What Does the Number 8 Mean?

Have you practiced yet? On this website, you can also find worksheets and exercises after the video so that you can say, “ I can show the number 8!”

Would you like to apply the knowledge you’ve learned? You can review and practice it with the tasks for the video The Number 8 .
More videos for the topic Numbers 6-10