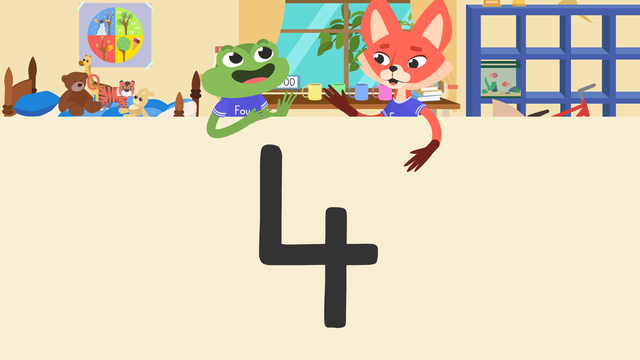 Basics on the topic The Number 4

In this Video on the Number 4

What Does the Number 4 Mean?

The number four looks a bit like the goal post in football. It has ALL lines! To WRITE the number four, we need to start at the very top line, make a small line to the middle, drag your pencil along the middle line just a little, then close it off by drawing a straight line from the top to the bottom. Can you write the number 4 with the video?

What is the Number 4 Summary

Have you practiced yet? On this website, you can also find worksheets and exercises after the video so that you can say, “ I can show the number 4!”.

Would you like to apply the knowledge you’ve learned? You can review and practice it with the tasks for the video The Number 4.
More videos for the topic Numbers 1-5