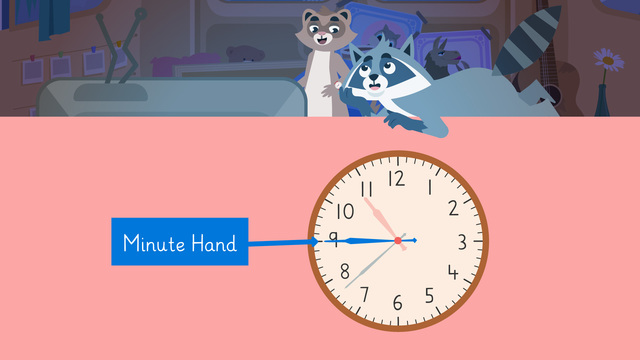 Basics on the topic The Minute Hand

In This Video on the Minute Hand

The minute hand on a clock moves up by one every minute, until it completes a full circle for sixty minutes. When we do this, we count the minutes in ones, and restart when it goes back past the twelve on the clock.

The minutes on a clock can also be counted by increases of five minutes, with each number on a clock representing five minutes. This is also done until we get to the twelve, and then we start again from zero.

Would you like to apply the knowledge you’ve learned? You can review and practice it with the tasks for the video The Minute Hand.
More videos for the topic Telling Time

Time to the Hour

Times of Day (AM or PM

Half and Quarter Hours

Telling Time to the Minute: Before and After the Hour