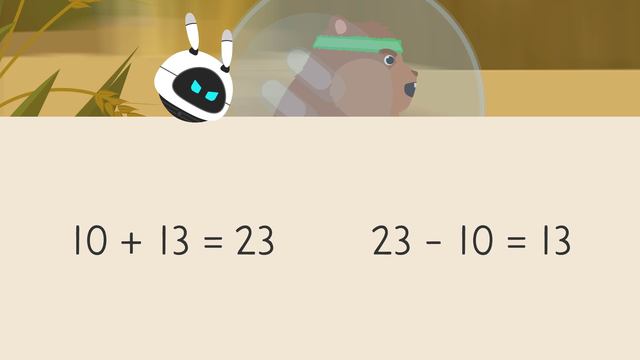 Basics on the topic Subtract By Adding

How Do You Do Addition and Subtraction Mentally?

What is the Think Addition Strategy?

You may be wondering, how does addition help subtraction? Addition and subtraction are related, meaning that we can use what we know about one to help us with the other! When using addition to solve subtraction equations;

What is the easiest way to add and subtract numbers? Take a look at the example below and use the think addition or subtract using addition strategy to solve!

Looking for extra practice? After this video check out the interactive exercises and a think addition to subtract worksheet.