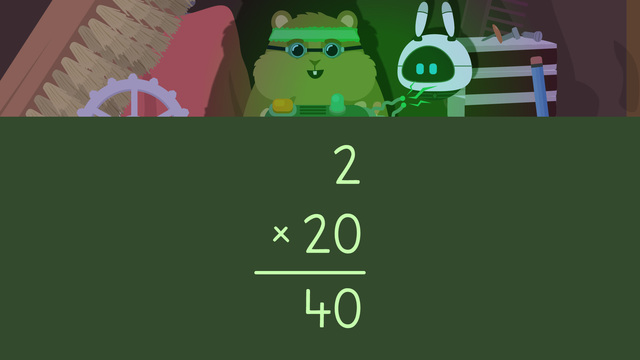 Basics on the topic Multiplying Tens

In This Video on Multiplying by 10s

When multiplying by 10s, we write a zero in the ones place as a placeholder, since any number multiplied by zero will always be zero.

Next, we move to the next place value, the tens place, and we multiply the two by the two above.

Two times two is four, so we write this in the tens place next to the zero. Now we have finished solving! Two times twenty gives a product of forty, which is the solution to the problem.

Below, you will find a multiplying by 10s worksheet for further practice.

Would you like to apply the knowledge you’ve learned? You can review and practice it with the tasks for the video Multiplying Tens .
More videos for the topic Multiplication with Multiples of 10