Even and Odd Numbers 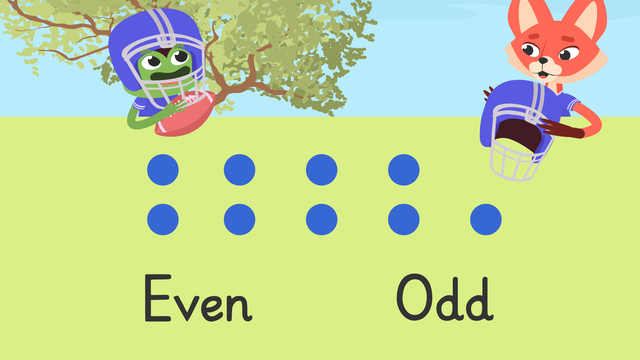 Information about the video Even and Odd Numbers

In This Odd and Even Numbers Video

What is Odd and Even Numbers?

What are Even Numbers and Odd Numbers?

Even numbers are numbers that end in zero, two, four, six, and eight!

Odd numbers are numbers that end in one, three, five, seven, and nine!

Learning Odd and Even Numbers

We can identify odd and even numbers by following some steps. Let’s use the number nine for example. First, we gather up counters to match the number nine.

Next, pair off the counters until no more pairs remain.

Finally, we can identify if the number is even or odd. Nine is odd, because we have one counter leftover after we paired off all counters.

Summary of Even and Odd Numbers

Below you will find odd and even numbers worksheets.

Transcript Even and Odd Numbers

Even and Odd Numbers Exercise