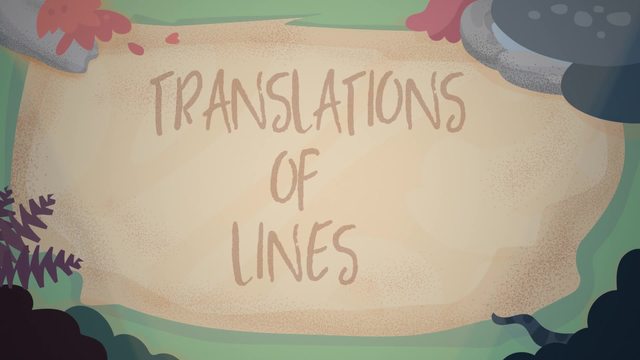 Basics on the topic Translations of Lines

After this lesson, you will be able to use a vector to translate a line, and visualize the possible results.

This video includes key concepts, notation, and vocabulary such as translation (moving a geometric object without changing its size or shape); vector (a directed line segment which shows us the length and direction of the translation); image (the object which results from the translation of an original); prime notation (if the original line is ‘L’, the image after translation is ‘L’’, that is, ‘L’ prime); parallel lines (two lines in a plane which don’t intersect); and coincident lines (two lines in a plane which intersect in all their points).

Before watching this video, you should already be familiar with the idea that translation is moving an object along a vector to create a new object that has the same size and shape; the idea that lines in a plane can be intersecting or parallel; and the idea that coincident lines overlap each other completely.

After watching this video, you will be prepared to learn how to transform lines and other objects using translation, rotation or reflection.

More videos for the topic Translations