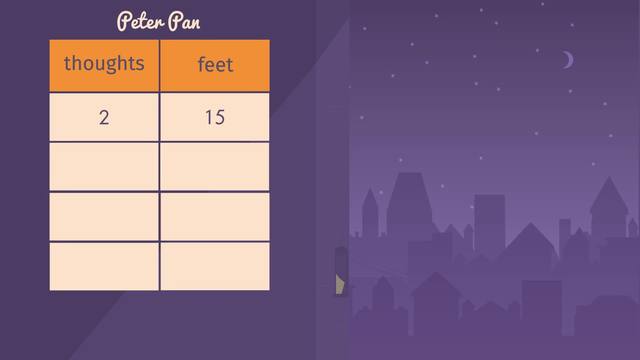 Basics on the topic Representing Proportional Relationships with Equations

After this lesson, you will be able to write equations to represent proportional relationships, given ratio tables and graphs.

Learn about equations and proportional relationships, by helping Peter Pan and Wendy fly to Neverland!

Before watching this video, you should already be familiar with proportions, ratio tables, and the graphs of proportional relationships.

After watching this video, you will be prepared to use proportional relationships to solve multistep ratio and percent problems.

Common Core Standard(s) in focus: 7.RP.A.2 A video intended for math students in the 7th grade Recommended for students who are 12-13 years old