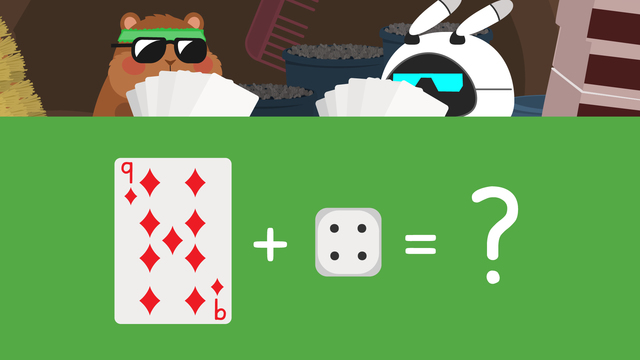 Basics on the topic Counting to Add

In this Video about Counting On for Addition

What Is the Counting On Strategy?

Let’s learn more about the counting on method for addition and how to teach counting on addition with the following explanation.

One way to add numbers together is to count on. We use counting on by starting with one number in the addition problem and then counting on the amount of the second number. It's easier to start with the larger number and count on with the smaller one. The number we stop on is the answer! To help count, we can use our fingers or draw dots!

Let's try it with the example six plus two. We will start at six since it is the larger number.

The plus means we are adding so we need to count forward. The second number is two so we count forward two numbers. We will use the dots on the die to help, but you could always use your fingers or draw out two dots.

We count two times from six: seven, eight! Eight is the number we stopped on, so we write it next to the equal sign. This means six plus two equals eight!

Summary of Steps: Counting On Addition

To practice this strategy, you can try counting on cards for addition, counting on dice, or both! When adding two numbers, we can count on to solve.

More videos for the topic Addition to 20

Finding the Unknown Number (in Addition)