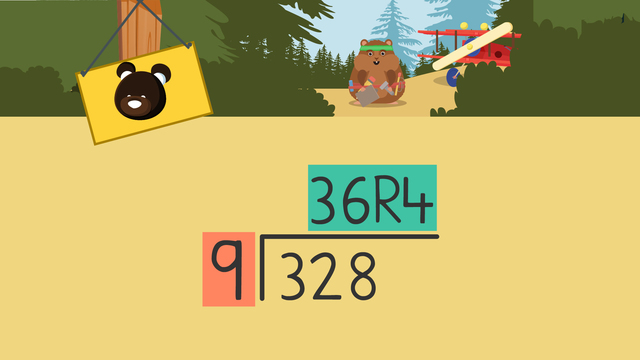 Information about the video Long Division with Remainders

Mr. Squeaks and Imani are visiting Boulders and Bears National Park. They are practicing division problems with remainders to see if the bears can divide berries, moths, and fish evenly amongst themselves. After they find the quotient and remainders, Mr. Squeaks has an idea about what to do with all the leftovers…

What are Remainders in Division?

Why are there remainders in division? Sometimes, items cannot be divided equally. The remainder is the amount left over after dividing. Why are reminders important? When you have to work with long division and remainders, you must look at what each number in the problem represents in order to solve it. For example, the problem asks if the bears will share the berries evenly, in order to find the answer you have to practice division with remainders and be able to identify if there is a remainder or not.

How to do Division with Remainders

What Are the Parts of Division?

Now that the problem is set up we can see how to divide with remainders by following these simple steps:

Would you like to practice what you’ve just learned? Practice problems for this video Long Division with Remainders help you practice and recap your knowledge.
More videos in Multiplication and Division