Constructing Parallelograms with a Set Square 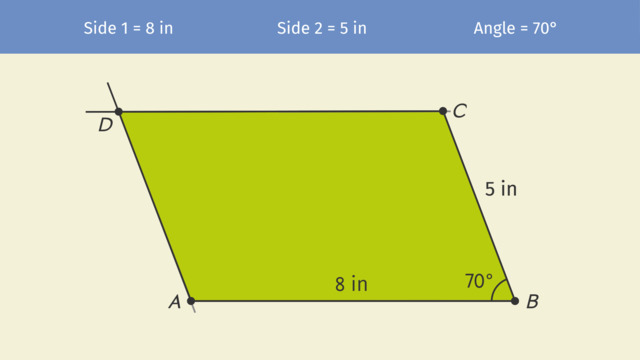 After this lesson, you will be able to construct parallelograms using a ruler, protractor and set square.

The lesson begins by showing you how to construct segments and angles with a ruler and protractor. It leads you to learn how a set square can be used to construct a segment parallel to a given segment, through a specific point. It concludes with using a set square to check if two lines are parallel.

Learn about set squares and parallelograms by helping Bob fix a geometric sculpture!

Before watching this video, you should already be familiar with angles, segments, rays, lines, parallel and perpendicular lines, and parallelograms.

After watching this video, you will be prepared to learn how to use a ruler, protractor, and set square to build shapes to given specifications.

Common Core Standard(s) in focus: 7.G.A.2 A video intended for math students in the 7th grade Recommended for students who are 12 - 13 years old