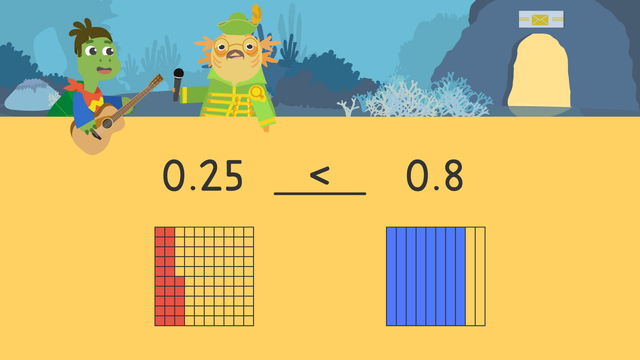 Basics on the topic Comparing Decimals: Tenths and Hundredths

In This Comparing Decimals Video

When comparing decimals tenths and hundredths, use the greater than, less than, or equal to symbols.

Since we found a digit greater or less than, we can stop comparing! Twenty-five hundredths is less than eight tenths.

Have you practiced yet? On this website you can find a comparing decimals worksheet along with other activities, and exercises.