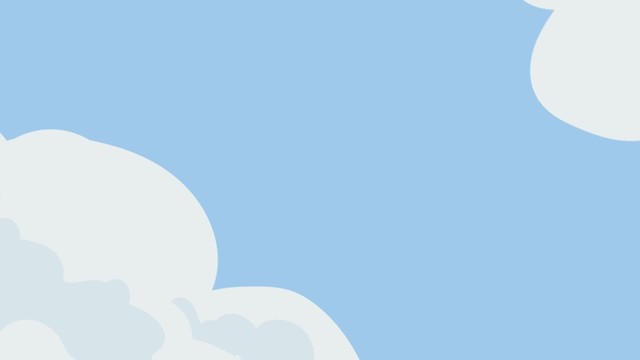 Information about the video Applying the Pythagorean Theorem

After this lesson, you will be able to apply the Pythagorean Theorem to solve problems.

This video includes key concepts, notation, and vocabulary such as the Pythagorean Theorem (the sum of the squares of the legs of a right triangle equals the square of the hypotenuse); square root (if the square root of ‘x’ is ‘y’, then ‘y’ squared equals ‘x’); and factoring (factoring a number is writing it as the product of other numbers).

Common Core Standard(s) in focus: 8.G.B.7 A video intended for math students in the 8th grade Recommended for students who are 13 - 14 years old

Wade is an aquatic biologist and conservationist, working to understand and protect ocean ecosystems. He's tracking blue whales on their great migration from the arctic to the tropics. There are only around 10,000 blue whales left on earth, and because they can swim at nearly 50 kilometers an hour, they can be quite difficult to observe! But Wade uses modern technology to get a bird's eye view of the whales in action! In order to fly his drone to the perfect observation point, Wade will need to use what he knows about applying the Pythagorean Theorem. Wade has found a perfect spot to observe a pod of blue whales! Let's create a diagram to help represent what's going on. The drone can fly at most 500 meters from the controller right now it's at the limit. The whales are directly below the drone, which means this is the altitude, so it creates a right angle. Additionally, the whales are 400 meters from Wade on the boat. So, how high is the drone above the whales? Notice that we have a right triangle and know two of its side lengths. We need to find one side length, so what formula can we use? Remember, the Pythagorean Theorem describes a relationship between the sides of a right triangle. It states that if we have a right triangle then 'a' squared plus 'b' squared equals 'c' squared. By convention we call the legs 'a' and 'b' and the hypotenuse 'c'. The unknown altitude is 'a'. So, we can use substitution to get, 'a' squared plus 400 squared equals 500 squared. We can square each of these mentally by breaking up the number into its first digit times 100 then squaring each. 4 squared is 16 and 100 squared is 10,000. 5 squared is 25 and 100 squared is 10,000 again. This gives us 'a' squared plus 160,000 equals 250,000. Now that we've simplified each side, we need to isolate the variable we want, 'a'. Subtracting gives us 'a' squared equals 90,000. To cancel the squared we need to take the square root of both sides. How can we find the square root of 90,000 mentally? We can break it up similarly to how we did earlier, giving us 9 times 100 times 100. The square root of a product is the product of the roots! That's 3 times 10 times 10. So the square root of 90,000 is 300! The drone is 300 meters above the whales! Wade takes some great footage, but since some of the whales are really large, it's hard to keep the whole pod in the frame! So, Wade carefully brings the boat closer to the pod in order to fly the drone a bit higher and get a wider shot. On the boat, Wade is now only 200 meters from the whales and the drone is 375 meters above the whales. How far is the drone from Wade? We'll quickly use the Pythagorean Theorem again to solve this situation. Start with the formula 'a' squared plus 'b' squared equals 'c' squared. Then use substitution, giving us 375 squared plus 200 squared equals 'c' squared. Squaring gives us 140,625 plus 40,000 equals 'c' squared. Add the left side to simplify. Take the square root of both sides. That results in 425 for 'c'. This means the drone is 425 meters from Wade. He gets wonderful footage of the blue whales on their way to the tropics! Before Wade's drone runs out of power let's review applying the Pythagorean Theorem. The Pythagorean Theorem states that, in a right triangle, the sum of the squares of the legs equals the square of the hypotenuse. Given any two sides, we can solve for the third. We do this by substituting our known values. Next, simplifying both sides. Then, isolating the variable we are looking for by finally taking the square root of both sides. This gives us the value for the missing side length. The Pythagorean Theorem helped Wade use his drone correctly. He sure does love his drone. But wait, so does this seagull!

From the Pythagorean Theorem to the Distance Formula