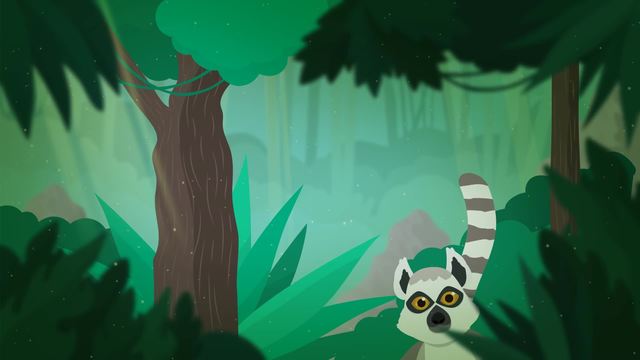 Information about the video Solving Percent Problems: part and whole given

After this lesson, you will be able to efficiently solve percent problems.

The lesson begins by reviewing that percent is a ratio of part to 100 and can be equivalent to other ratios in a proportion. It leads you to learn that organizing information in a table will easily identify the unknown quantity to be assigned a variable . It concludes by setting the proportion in an equation that leads to the solution.

This video includes key concepts, notation, and vocabulary such as percent (part per hundred); whole (the total amount of a certain quantity); and part (an amount of the whole).

Before watching this video, you should already be familiar with ratio, proportion and solving equations.

After watching this video, you will be prepared to real-life problems involving percentage that utilizes multiple steps solution..

Common Core Standard(s) in focus: 6.RP.A.3.C A video intended for math students in the 6th grade Recommended for students who are 11 - 12 years old

Jungle Jack is a world-renowned scientist. He's written many books about his adventures, including research on the animals of Madagascar. On his current expedition, to Palm Island, he's joined by Tina, who's applying to become his long-term apprentice. If she wants to work with the famous researcher, she'll have to pass an animal-spotting test. It will require a sharp eye, as well as the ability to solve percent problems. Palm island has a population of feisty lemurs! For her first challenge, Tina has one hour to find as many lemurs as she can. Jack tells her there are a total of 20 on the island. It's almost the end of the hour, and Tina has just observed her 14th lemur. Tina wants to calculate what percent that is to see if she's passed this part. Let's organize our information in a table, showing the part observed, 14, the whole population, 20, and the percent, which we don't know yet. Since the percent is an unknown, let’s use the variable 'x' to stand for percent. Remember that a percent is a ratio, a part out of 100. We can write it as a fraction, 'x' over 100. We know Tina’s ratio of part to whole is 14 out of 20, and we want to find the percent equivalent. So we write an equation, 14 over 20 equals 'x' over 100. Notice that the fractions on both sides of the equation are part over whole. To solve, we cross-multiply. 14 times 100 equals 20 times x. Dividing both sides by 20 gives us x= 70. 14 lemurs out of 20 total is equivalent to 70 out of 100. That’s 70 percent, which is good enough to pass the first part of the test. Let's add the results to her clipboard. So where were the other 6 lemurs hiding? Oh, you tricky lemurs you. Let’s head down to the beach for Tina’s next challenge. To prove she's ready to do scientific research, Tina needs to count hermit crabs on this beach. She finds 136 crabs on the beach, and Jack tells her she's passed this portion of the test with flying colors. But Tina doesn't just want to pass the test: she wants to know everything about the island. So she asks Jungle Jack what percent she found. He tells her 85%. Can we calculate the total population of crabs from this information? Let’s add the known data to our table. We know the part observed, 136, but not the whole population. We also know the percent, 85. Let’s call our unknown whole population 'w'. 136 over 'w' equals 85 over 100. Again, let's cross-multiply. Thirteen-thousand six-hundred equals 85 "w." To isolate the variable 'w', divide by 85, giving us 'w' equals 160. Let's add that to the table. But where are the crabs that Tina couldn't find? They were at an underground rock party! And now she has her last challenge, finding the elusive hippos. They are extremely shy. Jack tells Tina there are 30 hippos in total on the island. Tina only needs to find 20% of them to pass the final test. So exactly how many hippos is that? Adding the data to the table makes this easy to set up. Let’s call the unknown part 'p'. We know the whole is 30 hippos, and she needs to find 20 percent of the total p over 30 equals 20 over 100. Cross multiplying and solving gives us "p" equals 6. While she's out searching for the hippos, let’s review what it takes to be a professional with percents. Here are the steps to solve part, whole, and percent problems. First, organize and identify your given information with the words part, whole, and percent. Then, assign a variable to the unknown information. The variable might be the part, the whole, or the percent. Now, set up a proportion relating part out of whole to your percent and solve for the variable you want to find. It's almost sunset and she's only seen 4 hippos, and she's struggling to stay awake. Luckily her new animal friends are there to help her pass the test. She will now be able to work on Palm Island for years to come. Time to celebrate with her new friends!